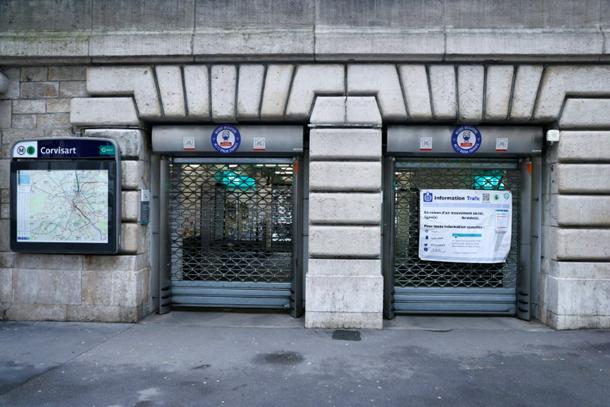 The walkout comes amid wider European protests over the soaring cost of living, after transport workers in Belgium and Greece also refused to work on Wednesday, and with Underground employees in the British capital also set to strike on Thursday.

The French capital’s public transport operator RATP said nearly every line would be shut down or operating with only limited rush-hour service, and urged people to work from home or postpone trips if possible.

Only lines 1 and 14, which are fully automated with no drivers, will operate normally but risk being jam-packed.

The two main suburban rail lines called RER A and B, which connect central Paris with Disneyland Paris and the Charles de Gaulle and Orly airports, will also see severe disruptions, the operator warned.

Frequency of bus services will be cut by a third, while tram operations are expected to be nearly normal.

Union leaders are also hoping to step up pressure on President Emmanuel Macron as he prepares to revive a controversial pensions overhaul that would push back the official retirement age from 62 to 64 or 65.

But the Paris transport strike did not spill over into other sectors, with only the hard-line CGT union calling for general work stoppages that could match turnout of October 18, when authorities say 107,000 demonstrators turned out nationwide.

Unions representing the RATP’s nearly 70,000 employees say they are feeling the pinch of soaring prices, but are also overstretched because of insufficient hiring, resulting in increased sick leave.

That has led to increased service delays or lower frequency on busy metro lines in recent months, causing headaches for the system’s roughly 12 million daily users.

The government is set to appoint former prime minister Jean Castex as RATP chief, with parliamentary panels giving their green light after questioning him this week.

“The most urgent issue… is the continuity and quality of service,” Castex told lawmakers. “The heart of our job is to meet the expectations of our users.”