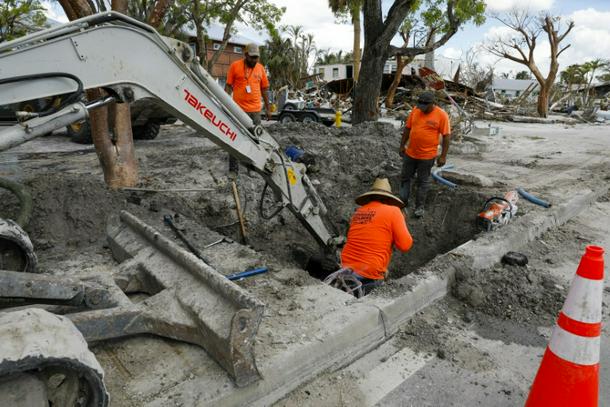 Fort Myers (United States) (AFP) - Hour by hour, day by day, hurricane-devastated southwest Florida is starting to get back on its feet – and the workers doing the hard labor are largely undocumented migrants.

They have names like Jael, Juan and Francisco Antonio, and they flooded into Florida from other Gulf Coast states, and even from Mexico, to take on work.

Many are perpetual nomadic workers, traveling from one natural disaster to another, toiling by day and sleeping in cars and trucks at night. 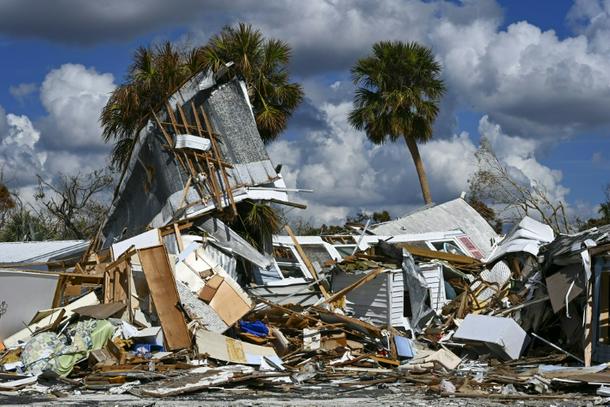 Debris at a trailer park on Fort Myers Beach

Since Hurricane Ian smashed into southwest Florida on September 28, killing some 125 people and leaving tens of billions of dollars in damage, the workers have been busily tearing down damaged homes, clearing wreckage, repairing roofing and beginning reconstruction.

Ian was a dangerous Category 4 monster of a storm, and the reconstruction work has been intense and vital to recovery in a state led by Governor Ron DeSantis, who has sought to make a national name for himself as a crusader against the very immigrants now doing the rebuilding.

Little more than a week before the storm hit, the Republican governor chartered two planes to carry migrants from Texas to Martha’s Vineyard, a quaint vacation destination in the Democratic stronghold of Massachusetts.

The flights captured headlines and underscored the discontent of DeSantis and many other Republican leaders at how President Joe Biden, a Democrat, is handling a migrant crisis at the Mexican border. 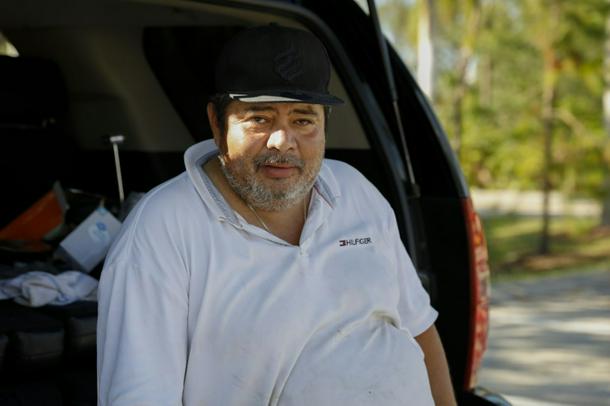 Francisco Rivera, a Honduran, is an old hand at disaster recovery

Francisco Antonio Rivera, a 46-year-old Honduran, doesn’t like DeSantis’s policies. But that didn’t stop him from traveling to Fort Myers, epicenter of the hurricane-damaged area, to offer his services as a mason.

“Latinos are the heart of the United States. Nonetheless, they arrest us on coming here and treat us any way they like,” he said, resignation in his voice.

Rivera is undocumented and has lived for 17 years in New Orleans, Louisiana. He’s experienced at disaster recovery. He worked in Panama City, in the Florida Panhandle, after Hurricane Michael hit in 2018, and labored in Louisiana in 2021 after Hurricane Ida struck. 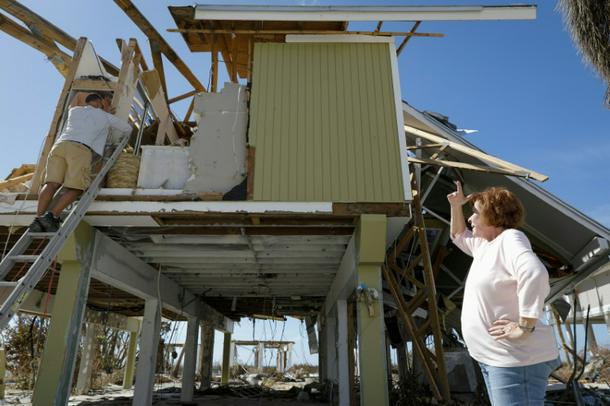 On a recent Wednesday, Rivera is not having any luck. No one has hired him for the day. So he waits, a cap on his head to protect him from the sun, seated on the open trunk to his car.

Around him, a dozen other Latinos pass the time with him, waiting in the parking lot of a hardware store. Homeowners and contractors come most days to places like this to hire day labor.

There’s no lack of work in Fort Myers Beach. More than a month after the storm, rubble lines streets of the barrier island where the hurricane ripped off roofs, knocked down walls and flooded countless homes with storm surge.

Thousands of migrants toil in Southwest Florida these days, said Saket Soni, director of Resilience Force, a nonprofit that helps US cities recover from disaster. 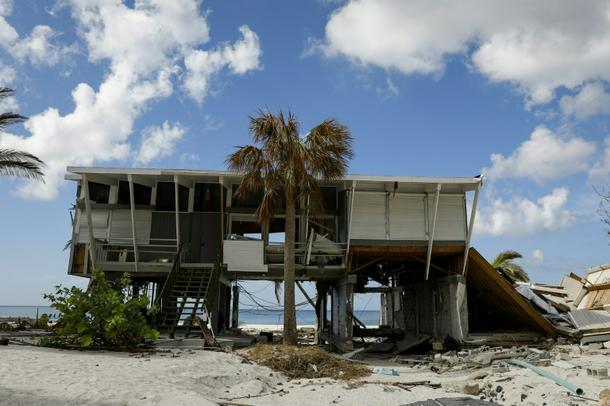 This nomadic workforce, comprising mostly Latinos, is what “makes recovery possible” after natural disasters, Soni said. “They rebuild homes, schools and hospitals. They sort of help all the broken infrastructure come back together.”

They work under the sun and in the rain. They climb on roofs, handle chemical products, and then at night sleep in their cars because they have nowhere else to go, Soni said.

“When we go to work, we do so with enthusiasm and hopes of getting ahead,” says Jael Cruz, 44, a Honduran who traveled from Texas to Fort Myers.

But the desire to work without papers leaves the laborers exposed to potential abuse by employers, and sometimes they are stiffed of wages, given less than promised, and subjected to threats that they’ll be turned over to immigration authorities if they complain, Soni said.

Juan Martínez, a Mexican who asked to use a pseudonym for fear of immigration authorities, got a friendly visit from Resilience Force workers a few days ago.

Since then, he carries a card that reminds him to “ask for an advance of the work to be done” and take “before and after photos of the work.” 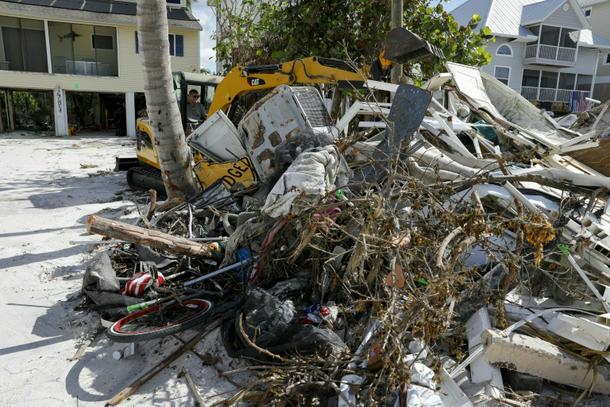 The 50-year-old Mexican traveled from his homeland to Fort Myers when he heard of news of Ian’s devastation. He’d made the same trip to do labor after hurricanes Michael and Ida, and knew that Florida would need help from masons like him.

He’d found work at several jobsites, and said so far that homeowners had treated him fairly.

He only hopes that his work – and that of other laborers – may change the outlook of authorities and residents of the region.

“We need them, and they need us,” Martinez said. “I would like them to realize that we are here to help.”