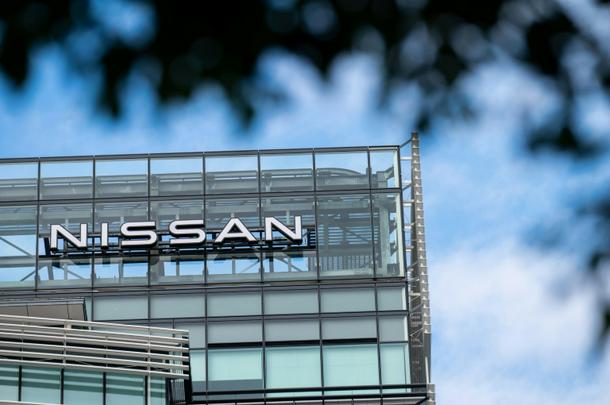 Tokyo (AFP) - Nissan on Wednesday upgraded its full-year profit forecasts, as the depreciating yen helps inflate its overseas profits, despite ongoing challenges including Covid shutdowns and the global chip shortage.

It also hiked annual sales revenues, but said it now expects to sell 3.7 million units in the business year, down from a previous forecast of 4.0 million and lower than its unit sales in the previous fiscal year.

In a statement, the firm cited “a severe business environment in the first half of the fiscal year, with raw material prices rising sharply and sales volume falling below the previous year’s level due to semiconductor supply shortages and the impact of Covid-related lockdowns in Shanghai.”

“Our strong first half performance reflects our steadily improving profit structure and strong business foundations, as well as the exchange-rate impact of the historically weak yen,” said Nissan CEO Makoto Uchida in a statement.

He said the business environment would “remain challenging” in the second half of the year, with ongoing semiconductor shortages and higher raw material prices.

Nissan also reported a one-time loss in the period of approximately 100 billion yen “in connection with the withdrawal from the Russian market”.

The results come with all eyes on negotiations between Nissan and alliance partner Renault on a possible rebalancing of their sometimes fractious relationship.

The French automaker, which on Tuesday confirmed it will create a new electric car unit, Ampere, is believed to be discussing a sizable reduction of its stake in Nissan.

Nissan said in a statement last month that “trustful discussions” were underway with Renault as part of an effort to “reinforce the cooperation and the future” of their decades-long alliance.

The partnership is widely credited for Nissan’s transformation from a money-losing carmaker in the late 1990s into one of the world’s biggest industry giants.

Nissan officials reportedly want to rectify what they see as the uneven terms of their alliance, where Renault controls around 43 percent of Nissan but the Japanese automaker retains just a 15 percent share in its partner.

Uchida described “open and constructive” discussions but declined to offer any details.

“Yesterday, the Renault group made an announcement about the new firm… we’re looking into how this firm would benefit Nissan and how we should participate in it,” he said.

“Based on the discussions going forward, we will consider an investment in this new firm.”

A source close to Nissan said discussions on the alliance would take “several more weeks”.

“Given how complex the subject is, they need several more weeks to clarify things, but it’s advancing,” he told AFP.

The radio silence on Nissan’s participation in Ampere or any reduction of Renault’s stake in the Japanese automaker suggests “that negotiations are not proceeding very well, and slowly,” said auto analyst Tatsuo Yoshida of Bloomberg Intelligence.

Experts differ on how any rebalancing would affect the alliance, with Yoshida arguing a reduction of Renault’s stake would give Nissan more freedom.

But Kohei Takahashi, an analyst at UBS Securities, said Renault’s ongoing influence could sway negotiations in its favour.

Accused of financial misconduct, he argued he was targeted over attempts to further integrate Nissan and Renault. He jumped bail and fled Japan for Lebanon, where he remains an international fugitive.