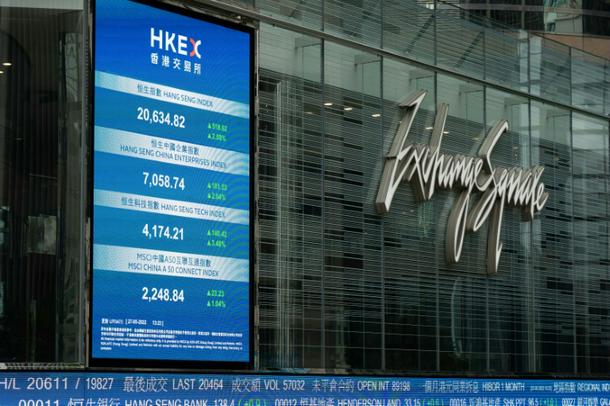 While falling US inflation has fanned speculation the Federal Reserve will further slow its pace of interest rate hikes, several top bank officials have lined up to warn that still more needs to be done before they are satisfied prices are under control.

Vice Chair Lael Brainard on Thursday said policymakers would “stay the course” in lifting rates, adding they would need to “be sufficiently restrictive for some time”.

And New York Fed chief John Williams foresaw further increases to get inflation back to two percent, from its current 6.5 percent.

Meanwhile, a series of weak indicators suggesting the economy continues to slow have rattled nerves as traders shift their view from “bad news is good news” – as it allows the Fed to slow its rate hikes – to “bad news is bad news”.

An underwhelming earnings season so far has added to the sense of trepidation among investors, particularly in New York, where all three main indexes fell again Thursday.

However, the mood in Asia was more upbeat as traders prepared for an expected boost from China’s reopening after three years of painful lockdowns.

“Given the sizeable upside for regional trade supporting local economies… stocks in Asia are nudging up despite weakness in the US market as East versus West divergence continues,” said SPI Asset Management’s Stephen Innes.

“After all, mainland China is the largest export market for most regional economies, so the China reopening bounce is particularly pronounced locally.”

That was reflected in Asia on Friday, where Hong Kong led gains by rising more than one percent and breaking 22,000 for the first time since July. Tokyo, Shanghai, Singapore, Seoul, Sydney, Mumbai, Jakarta and Wellington also edged up.

London opened on the front foot along with Paris and Frankfurt.

On currency markets, the yen weakened against the dollar, even as data showed Japanese inflation hit a four-decade high of four percent, adding fuel to talk that the Bank of Japan will again tweak monetary policy, or even lift rates.

The news came a day after the central bank decided not to tighten again, having announced a surprise widening of the trading band it allows certain government bonds to trade in.

Oil extended Thursday’s gains as investors focused on the recovery in demand from China, with suggestions that the country’s Covid infections may have peaked adding to the optimism among commodity traders.