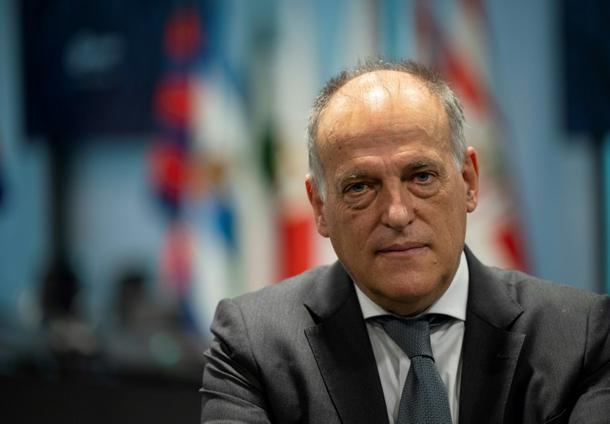 Barcelona (AFP) - Spain’s top football division, La Liga, has taken out a court injunction against the beIN Media Group to freeze 50 million euros ($48.5 million) of their assets after non-payment for television rights.

The dispute is widely seen as the latest salvo in a feud between La Liga’s outspoken president Javier Tebas and beIN Group Chairman Nasser Al-Khelaifi, who is also the president of Qatari-owned Paris Saint-Germain.

The two men have been at loggerheads on a range of issues over the past few years.

A Spanish court placed a temporary hold on the 50 million euros pending a full hearing on the case, according to court documents issued on Monday that AFP has seen.

A La Liga spokesperson confirmed the Spanish league had sought legal remedies “to guarantee the payment of the amounts owed from the contracts for international TV rights following non-payment by beIN.”

The media group broadcasts La Liga football across three continents and in 35 countries, including France, Hong Kong and New Zealand, paying La Liga an estimated 1.5 billion euros over the past five years.

“BeIN is one of the leading media groups in world sport and entertainment. Our reputation is founded on decades of significant investment, best-in-class broadcasting, long-term and trusted relationships with rights-holders, and a track record of payment,” a beIN Media Group spokesperson told AFP.

“We will not discuss publicly the private discussions we’ve been having with La Liga, or any rights-holder for that matter, regarding specific contracts. That is not how business should be conducted, certainly not by professional and dignified institutions.

“If we ran our operations reacting to certain executives’ comments on others within the sports industry, we wouldn’t be in business.”

Al-Khelaifi has become an increasingly powerful presence in the world of football as president of the European Club Association (ECA). Both he and Tebas are on UEFA’s Executive Committee.

Tebas condemned PSG and Premier League side Manchester City in June this year for violating Financial Fair Play rules, and has often railed against “state-owned” clubs for “financial doping”. PSG are owned by a Qatari investment fund.

La Liga protested against PSG signing Kylian Mbappe to a new contract in the summer, with the player turning down Real Madrid, by filing a complaint against them in a French court.

At the time, Tebas described the new Mbappe deal as “an insult to football”.

At a La Liga event in May, Tebas attacked Al-Khelaifi for having too many conflicts of interest given his multiple positions in football.

“He wears a lot of hats, there’s too many conflicts of interest and this cannot be,” said Tebas.

“It can’t happen in football in 2022. A leading actor like him cannot be in these organisations and preside over a TV channel that buys (the rights to) La Liga, the Champions League, (and) internationals.”