In US trial, Musk defends his $50 bn pay deal at Tesla 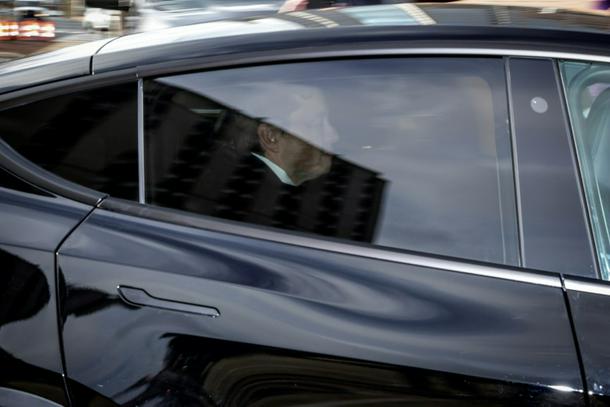 Elon Musk arrives at the Leonard L. Williams Justice Center in Wilmington, Delaware to testify in a trial over his $50 billion pay package as CEO of Tesla

Wilmington (United States) (AFP) - Tesla tycoon Elon Musk on Wednesday defended his $50 billion pay package as CEO of the electric vehicle giant, arguing that the pioneering company was on the verge of collapse when the deal was agreed.

Musk is being sued, along with Tesla and some board members, by a shareholder who accuses them of improperly signing off on “the largest compensation package ever awarded to an executive.”

Around 2018, when the pay deal was approved, investors “thought we would fail and go bankrupt,” Musk told a courtroom in Wilmington, Delaware.

“We were in quite a tough position at the time. We were losing a lot of money… The probability of survival was extremely low,” he said.

Musk testified in the same Delaware court where he faced a lawsuit by Twitter to ensure he went through with his buyout of the social platform.

The $44 billion purchase of Twitter has put the South African billionaire under intense scrutiny after he conducted massive layoffs, provoked concern among advertisers, and struggled to control a surge of fake accounts.

Musk arrived discreetly at the hearing in a black Tesla, which parked at the back of the courthouse in a tent set up for the occasion.

A few minutes later, wearing a black suit and tie, he passed through security to enter the building.

The Tesla case is based on a complaint by shareholder Richard Tornetta, who accused the defendants of failing in their duties when they authorized the pay plan. 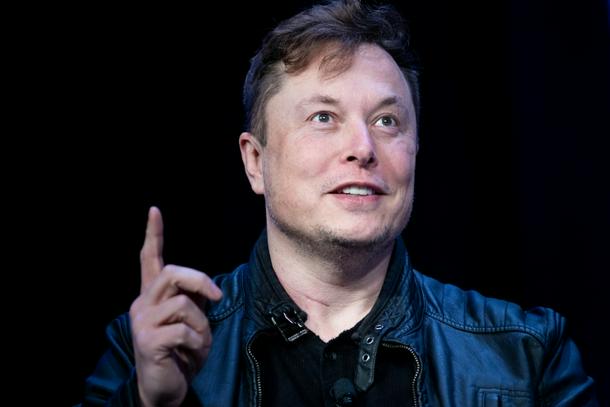 A Tesla shareholder has accused Elon Musk of 'unjustified enrichment'

Tornetta alleges that Musk dictated his terms to directors, who were not sufficiently independent from their star CEO to object to a package worth around $51 billion at recent share prices.

He also accuses Musk of “unjustified enrichment” and has asked for the annulment of a pay program that helped make the entrepreneur the richest man in the world.

The lawsuit says that Musk wasn’t even working full time for Tesla, as he is also the head of the space company SpaceX and the start-ups Neuralink and The Boring Company.

Musk countered that investors in Tesla were some of the “most sophisticated in the world” and able to keep tabs on his management.

He said Tesla had been the laughing stock of the auto industry, and it was only the massive success of the company’s Model 3 that proved electric cars were the future.

“They thought electric vehicles were a joke. When the Model 3 started taking market share, they changed their plans,” he said, defending his vision for the company.

According to a legal filing, Musk earned the equivalent of $52.4 billion in Tesla stock options over four and a half years after virtually all of the company’s targets were met.

Musk insisted that he played no role in coming up with the package nor discussed his deal with the board members, some of them close friends, who ultimately signed off on it.

The non-jury trial began Monday with testimony from Ira Ehrenpreis, head of the compensation committee on Tesla’s board of directors, who said the targets set were “extraordinarily ambitious and difficult.”

Ehrenpreis argued that the board wanted to spur Musk to focus on Tesla at a time when the company was fighting to gain traction.

The trial, which will run through Friday, was presided over by Judge Kathaleen McCormick, the same judge who was to preside over the dropped Twitter case.

There is no deadline for her decision which could take months.

She largely let questioning by lawyers for Musk and the plaintiff proceed uninterrupted, but jumped in when she found the tycoon’s answers rambling.

“We can all listen to this all day because it’s very interesting, but I don’t think it was responsive to the question, which I’ve now forgotten,” she said.