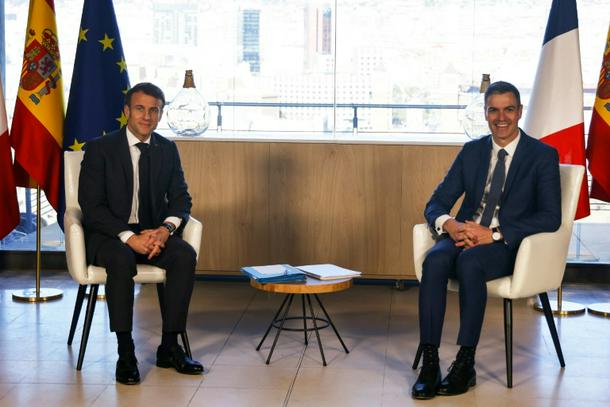 France's Emmanuel Macron, seen on the left, is hoping to win the support of Spain's Pedro Sanchez for his uncompromising stance over alleged US protectionism

The high-profile meeting took place as a nationwide strike over a controversial pension reform drive kicked off in France, which was hit with a day of protest over plans to raise the retirement age from 62 to 64.

The pair met at the National Art Museum of Catalonia for a head-to-head then went on to sign a friendship and cooperation treaty reinforcing bilateral ties on issues such as migration, defence and energy.

With the treaty, Paris is seeking to cement stronger ties with neighbours other than Germany, notably those in southern Europe, at a moment when the Paris-Berlin alliance underpinning EU unity is showing signs of strain.

But Macron’s main aim is to seek “a joint position with Madrid” over Europe’s response to Washington’s landmark Inflation Reduction Act (IRA), a massive investment plan to accelerate the US transition to green energy. 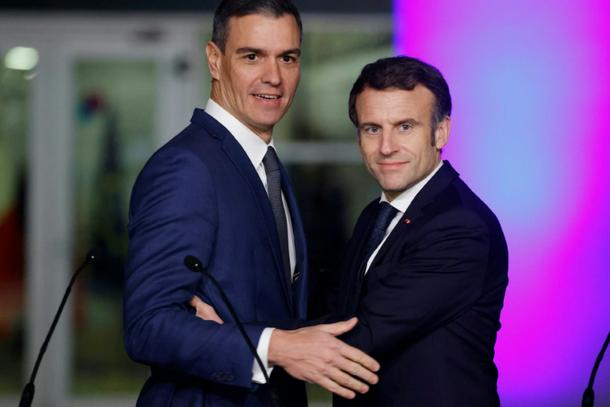 The pair, seen here last month at a summit in Alicante, recently agreed to work together on a major hydrogen pipeline linking Barcelona and Marseille

Europe fears the plan, which will pour billions of dollars into climate-friendly technologies, will distort transatlantic trade to give American companies an unfair advantage.

Macron, who bluntly denounced the subsidies as “super aggressive” on a visit to Washington in November, wants Brussels to quickly follow suit to avoid a flight of European companies relocating to take advantage of the US subsidies.

But so far, EU nations have been divided on how to respond to the Act, with Macron’s hard-ball approach gaining little traction in Spain.

Speaking to CNBC earlier this week, Sanchez admitted Europe had “some homework to do”, notably rethinking its own subsidies policy “to send a message to industry worldwide that Europe – and of course, Spain – is a good place” to invest.

The French leader is also hoping to enlist Olaf Scholz to his position, although the German chancellor has so far appeared more inclined towards dialogue than dispute with Washington.

Scholz is expected in Paris on Sunday to mark 60 years since the signing of a Franco-German post-war friendship treaty.

The Macron-Sanchez summit comes just three months after Paris, Madrid and Lisbon agreed to build a massive underwater hydrogen pipeline connecting Barcelona and Marseille that will be key for the EU’s energy independence. 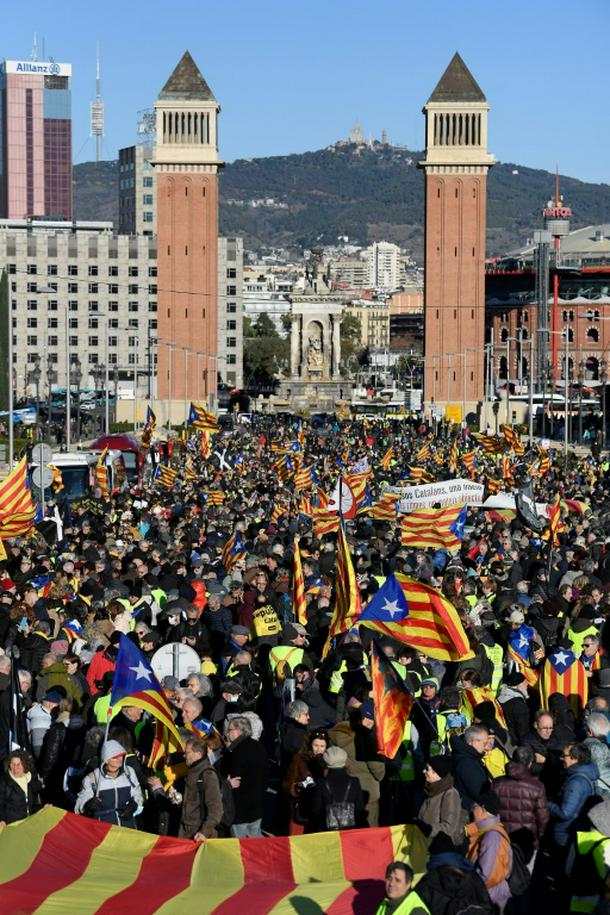 Barcelona police said 6,500 Catalan separatist protesters joined the demo against the Franco-Spanish summit but organisers put the figure at 30,000

Barcelona was chosen to host the summit because “it will be at the heart of this strategic project”, said Spanish government spokeswoman Isabel Rodriguez of the H2Med pipeline, also known as BarMar.

Madrid also wants to show that the situation in the northeastern Catalonia region has normalised since 2017 when separatists there staged a failed independence bid, triggering Spain’s biggest political crisis in decades.

But pro-independence groups opposed to the summit were out en masse early on Thursday, with thousands gathering near the venue shouting: “Independence!” and waving separatist flags, an AFP correspondent said.

“The Spanish government wanted to show they’ve beaten us and that we’ve given up on independence,” David Garcia, a 52-year-old economist, told AFP.

“But this is to show them that we haven’t given up on anything,” he said, clutching an independence flag.

Barcelona’s Guardia Urbana police gave a figure of 6,500 demonstrators but organisers gave a much higher figure of 30,000.