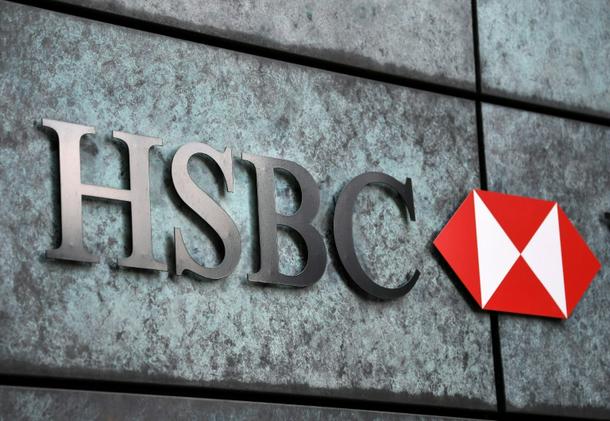 The London-headquartered bank’s share price was down nearly seven percent in early afternoon deals, making it the biggest faller on the British capital’s FTSE 100 index.

HSBC also announced a boardroom shake-up with the appointment of a new chief financial officer, as the Asia-focused lender faces headwinds in China and global recession prospects.

The bank was hit by a $2.4-billion write-off from the planned disposal of its French business next year, offsetting gains made by soaring interest rates.

HSBC has meanwhile set aside provisions totalling $1.1 billion for loans expected to sour.

“Macroeconomic headwinds, including higher inflation and a weaker outlook, continue to weigh on the global economy,” it said.

The bank’s net interest income, measuring what it makes from lending minus interest paid on deposits, came in at $8.6 billion – its best third quarter in more than eight years. 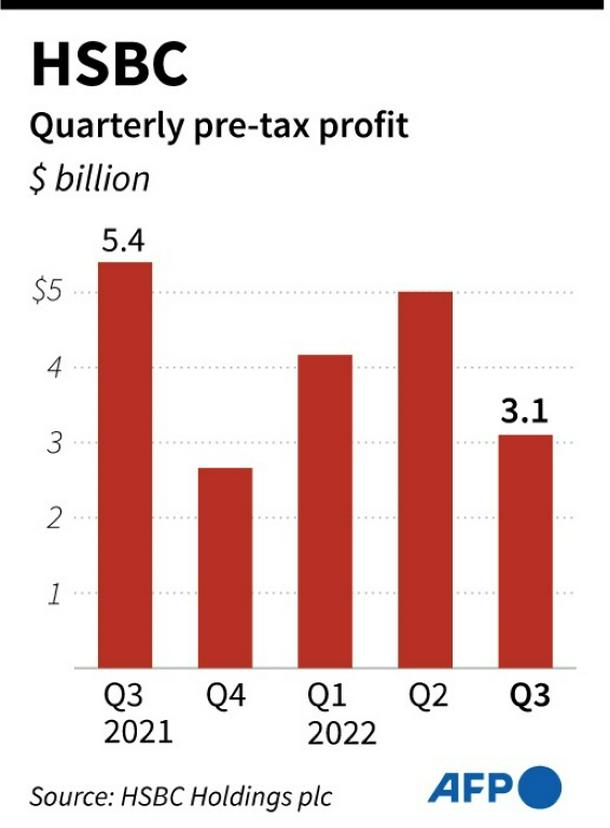 “We retained a tight grip on costs, despite inflationary pressures, and remain on track to achieve our cost targets for 2022 and 2023,” said chief executive Noel Quinn.

“It’s been a challenging few weeks. I am glad to see the market has stabilised.”

The bank announced its own shake-up, with HSBC senior executive Georges Elhedery next year stepping up as chief financial officer, replacing Ewen Stevenson who departs the group.

Senior HSBC executives are next week expected in Hong Kong for a bank summit after the city recently lifted mandatory quarantine for all international arrivals.

It comes after Chinese leader Xi Jinping tightened his grip on power by securing a third five-year term in office, handing top jobs to a number of loyalists who back his strict zero-Covid strategy.

The policy of lockdowns and other strict measures have been a major cause of the country’s economic woes and the prospect of more upheaval has sent chills through trading floors.

HSBC has vowed to accelerate a multi-year pivot to Asia and the Middle East, with ambitions to lead Asia’s wealth management market.

But the lender is under pressure from Chinese financial giant and major shareholder Ping An to spin off its Asian operations to unlock shareholder value amid tensions between China and Western powers.

HSBC, which has rejected the calls, added Tuesday that it was “exploring the potential sale” of its Canadian division.

“Rising interest rates may be good news for banks but it’s all the other stuff which is causing them headaches right now,” noted AJ Bell financial analyst Danni Hewson.

“Concern about the impact of a slowing economy on bad debts and growth in the loan book is being exacerbated at HSBC by the departure of well-respected finance director Ewen Stevenson and the deteriorating situation in China.”

She added that “Stevenson’s departure may also make HSBC more vulnerable to pressure from its largest shareholder Ping An to break up the bank.”