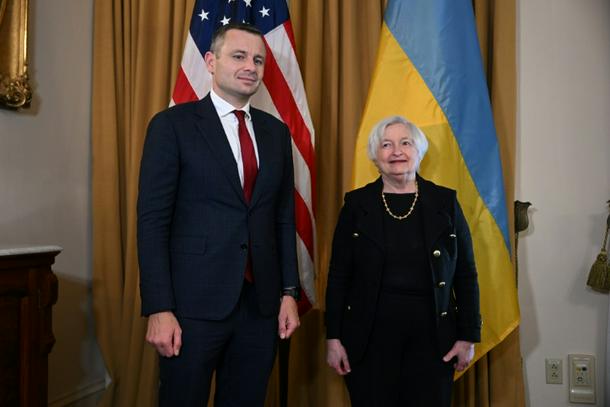 Washington (AFP) - Global finance chiefs were expected to discuss a proposed price cap on Russian oil and support for Ukraine on Wednesday as the conflict takes center stage during the IMF’s annual meetings.

Finance ministers and central bankers from around the world are gathering in Washington this week for the first fully in-person gathering hosted by the International Monetary Fund since 2019.

The office of US Treasury Secretary Janet Yellen said on Tuesday she would “redouble efforts to advance a price cap on Russian oil, continue to lead the broad alliance leveling sanctions on Russia, and encourage our partners to accelerate and increase the scale of economic assistance to Ukraine.”

Finance ministers from the Group of Seven wealthy democracies were due to talk on Wednesday about setting a ceiling on Russia’s oil exports – a move aimed at denying Moscow of a major source of funding for its war and containing soaring energy prices.

Hours earlier, Russian President Vladimir Putin lashed out at the proposal, which the United States has pushed and the European Union has backed.

“With their cavalier decisions, some Western politicians are destroying the global market economy and are in fact posing a threat to the well-being of billions of people,” Putin told an energy forum in Moscow.

Moscow has warned that it would cut off oil supplies to countries that impose such a cap.

Officials have yet to say at what level the cap would be set, but they have said that it would remain above the cost of production so that Russia would still have an incentive to supply importing countries.

At a separate event, IMF Managing Director Kristalina Georgieva and World Bank President David Malpass were scheduled to talk with Ukrainian Prime Minister Denys Shymhal on how to support the war-torn country.

The IMF said last week it would provide $1.3 billion in emergency aid to Ukraine through its new food crisis assistance program. The World Bank earlier granted $530 million in additional aid to the country.

The United States has provided $65 billion in aid, including military equipment to Kyiv since February, while EU nations have given weapons and promised $9 billion in loans to the country.