Ex-head of US electric truck firm found guilty of fraud 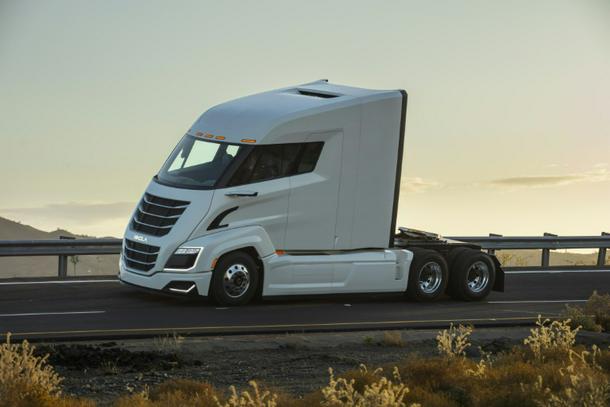 A Nikola Two truck, as presented by the Nikola truck company, whose former chief executive has been found guilty of fraud

New York (AFP) - The former head of Nikola, a start-up making electric- and hydrogen-powered trucks, was found guilty of fraud on Friday for misleading investors about his company’s alleged progress and capabilities in order to raise more money.

After a trial that began in mid-September in a Manhattan federal courthouse, jurors found Trevor Milton, 40, guilty on three out of four counts.

“That’s fraud, plain and simple, and this office has no patience for it… Let this case serve as a warning to anyone who plays fast and loose with the truth to get investors to part with their money. It won’t end well.”

Prosecutors accused the entrepreneur of having exaggerated the number of orders placed and the company’s ability to produce hydrogen and having lied about prototypes.

They said instead of holding a traditional public offering, Nikola went public by merging with an already listed company (known as a Spac, or Special Purpose Acquisition Company) which meant there were fewer constraints about releasing important information.

Nikola made a splash when it debuted on Wall Street in June 2020 before sealing a promising partnership with General Motors in September, which seemed to confer legitimacy on the company based in Phoenix, Arizona.

But the company was engulfed in a whirlwind of controversy days later when the investment firm Hindenburg Research claimed Nikola was “an intricate fraud built on dozens of lies over the course of its founder and executive chairman Trevor Milton’s career.”

Faced with charges filed by US authorities in July 2021, Milton pleaded not guilty.

His lawyers argued that any exaggerated statements he made about Nikola were aimed at car enthusiasts and specialists rather than investors.

Official documents presenting the company’s market strategy and submitted to the Security and Exchange Commission (SEC) have always been correct, Milton’s lawyers said.

They attempted to show that the statements submitted as evidence by the prosecution had no significant impact on the share price.

Nikola has already paid $125 million dollars to the SEC to settle similar lawsuits.