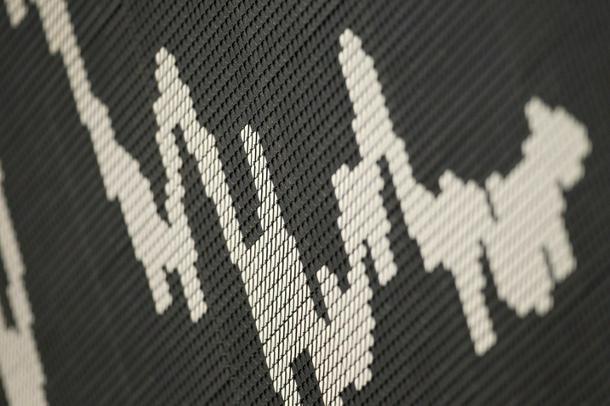 Recession worries are weighing on equities

A downcast IMF report highlighted the risks of elevated inflation and other fallout from Russia’s invasion of Ukraine.

With the focus on inflation, analysts said US consumer price index data released later this week will be crucial to the direction of risk assets.

Another big reading could spark a fresh equity selloff and a surge in the dollar.

“There is growing pessimism in the markets now and with some big data points to come from the US this week, not to mention the start of earnings season,” noted Craig Erlam, analyst at OANDA trading group.

Traders had hoped that bumper rate increases by the US Federal Reserve this year would begin to drag on the economy and slow runaway prices, allowing policymakers to reduce the pace of monetary tightening.

But a forecast-beating US jobs report on Friday highlighted the tough work the country’s central bank has slowing inflation from four-decade highs, and many observers warn recession is virtually inevitable.

World Bank chief David Malpass said Monday there was a “real danger” of a global contraction next year, adding that the surge in the dollar was weakening the developing nations’ currencies and pushing their debt to “burdensome” levels.

In its latest forecasts released on Tuesday, the IMF trimmed its 2023 global growth forecast to 2.7 percent. It left its world growth forecast for this year unchanged at 3.2 percent.

But the IMF’s economic counsellor Pierre-Olivier Gourinchas also warned that more than a third of the global economy is headed for contraction this year or next, and the three biggest economies –- the United States, European Union and China –- will continue to stall.

“The worst is yet to come and, for many people 2023 will feel like a recession,” said Gourinchas.

Europe’s main equity markets closed lower, while the S&P 500 fell for the fifth straight day, sagging after comments by Bank of England Governor Andrew Bailey that the central bank would end emergency bond-buying efforts on Friday, rebuffing calls for a longer program to allow markets to stabilize.

“We think the rebalancing must be done and my message to the funds involved and all the firms involved managing those funds: you’ve got three days left now,” Bailey said.

“You’ve got to get this done,” he said at an appearance at the Institute of International Finance, a Washington trade group.

Bailey’s statement also weighed on the pound, which retreated after earlier posting gains on the dollar following the BoE’s interventions announced earlier Tuesday.

“Covid cases are picking up in the country, and the Chinese Communist Party’s newspaper, the People’s Daily, ran a commentary saying the Covid Zero policy is ‘sustainable’, indicating that the country is likely to keep following it if not double down,” said Stephen Innes at SPI Asset Management.