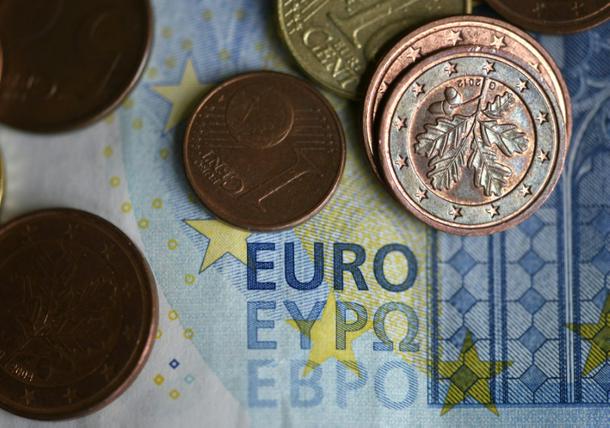 The ECB's delay in raising interest rates has seen the euro slump below parity with the dollar, which has reinforced energy inflation

Inflation in the 19-nation eurozone climbed to an all-time high of nearly 10 percent in September, five times the ECB’s target of two percent.

The ECB’s governing council last month raised its key interest rates by an unprecedented 75 basis points, and many observers expect it to repeat the move at Thursday’s meeting.

Households and businesses are bracing for a grim winter as Russia continues to squeeze gas supplies to Europe, raising fears of energy shortages and eye-wateringly high electricity and heating bills.

The war has also pushed up food costs, while pandemic-era supply chain snarls combined with higher manufacturing costs have added to price pressures on a range of goods.

“Now the beast has woken up from its slumber… it’s up to monetary policymakers to tame it again,” he recently told students at Harvard University.

Like other central banks, the ECB is using a series of rate hikes to bring inflation under control – at the risk of slowing economic activity to such an extent that it triggers a downturn.

“The ECB has turned a blind eye on recession risks,” he added.

Analysts from Capital Economics said they saw the ECB going even bigger, predicting a 100 basis-point jump followed by smaller hikes over the coming months.

In the United States, where inflation is running at a 40-year high, the Federal Reserve recently said there was no “painless” way to combat runaway prices.

A slowdown of economic growth and the US job market will be “required” to bring down inflation, said the Fed, which has hiked rates faster and more aggressively than the ECB.

ECB president Christine Lagarde has warned that the euro area was also facing “a significant slowdown”.

If Russia completely cuts off gas flows to Europe, the eurozone economy could shrink by nearly one percent in 2023, ECB vice-president Luis de Guindos added.

The German economy, whose energy-hungry industries relied heavily on Russian gas before the war, is now forecast to shrink by 0.4 percent in 2023.

With other eurozone countries such as France and Spain also rolling out support measures, the ECB has warned governments not to fall into the trap of spending so much that they boost inflation.

The ECB is also expected to use this week’s meeting to discuss bringing other monetary policy levers in line with its inflation-busting efforts.

Policymakers are likely to consider changes to the super cheap, long-term loans (TLTROs) offered to banks in recent years to help the eurozone through several crises – sometimes at negative rates.

As a consequence of the ECB’s rapid rate hikes since July, lenders can now make a profit by parking their excess TLTRO cash at the central bank and pocketing the new, higher deposit rate – leaving the ECB looking for ways to incentivise early repayment of the loans.

The ECB may also ponder how best to shrink its multi-trillion-euro balance sheet, after years of hoovering up government and corporate bonds to drive up stubbornly low inflation.

But given the uncertain outlook and the risk of rattling financial markets, analysts say the start of any “quantitative tightening” is some way off.