Danone plans to withdraw from most of its business in Russia 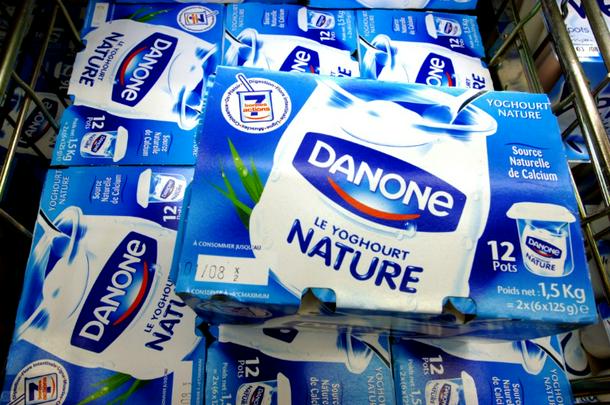 Danone is one of the few multinations to have remained in Russia -- where it employs 8,000 people -- since the Ukraine war

One of the few multinationals to have remained in Russia since the Ukraine war, Danone said the move to “transfer the effective control” of the dairy business could result in a write off of up to one billion euros ($980 million).

The arm represented five percent of Danone’s net sales in 2022 so far.

“Danone considers that this is the best option to ensure long-term local business continuity, for its employees, consumers and partners,” the group said in a statement.

The transaction will be subject to the approval of authorities, the group added.

Danone will however retain the activities of its “specialised nutrition” arm, which includes infant milk.

“Danone’s priority remains to act responsibly and respectfully to its local employees, consumers, and partners throughout the process,” the statement said Friday.

In March, the French group said it would continue its business in Russia, where it employs 8,000 people, as many international companies suspended operations in the wake of Moscow’s invasion of Ukraine.

But Danone spoke in July of the “extremely tense” operational conditions in Russia and Ukraine.

A large number of major western companies have pulled out of Russia in an exodus since Moscow invaded its pro-Western neighbour on February 24.

Starbucks and McDonald’s were among American corporations to announce their exit.

McDonald’s – which had employed 62,000 workers in Russia – was bought by Russian businessman Alexander Govor and renamed “Vkusno i tochka” (“Delicious. Full Stop”).

The Russian operations of Starbucks were also bought and reopened with a new name and logo.

Denmark’s Lego, the world’s largest toymaker, said in July that it would “indefinitely cease commercial operations” in Russia, ending its partnership with the retail group that operated 81 stores on the brand’s behalf.

French automaker Renault left the country in May, handing over its assets in the country to the Russian government.

Other firms to wind down their Russian business include clothing brands Nike, Adidas and H&M, Swedish furniture giant Ikea, and US tech giant Cisco.