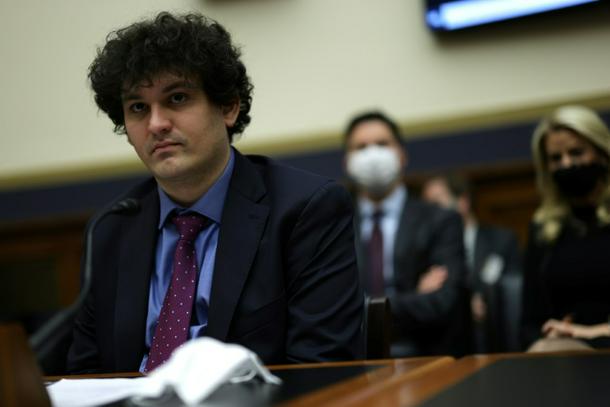 Paris (AFP) - Sam Bankman-Fried has undergone a rapid transformation from top of the heap in the world of cryptocurrencies as chief of the FTX digital exchange to embattled executive forced to seek help from rival Binance.

The rapid about-face was a shock: Only Monday, Bankman-Fried insisted FTX was financially stable.

But in a tweet Tuesday, Changpeng Zhao, head of Binance, the world’s largest cryptocurrency platform, said the group had signed a non-binding letter of intent “to fully acquire FTX.com,” in response to the company’s request for help amid “a significant liquidity crunch”.

It was a stunning setback for the 30-year-old billionaire, known on social media as SBF, who was hailed by many for his meteoric rise. Fortune magazine went so far as to wonder in August if he was the new Warren Buffett.

The company was valued early this year at $32 billion, a capitalization which put it close to giants Coinbase and Binance.

Bankman-Fried, a vegan who sleeps four hours a night, had become a public face of crypto money, with a personal fortune estimated at nearly $25 billion, which according to Forbes magazine has since shrunk to $16.6 billion.

Almost always appearing with a hoodie and a dark T-shirt, Bankman-Fried has pledged to donate almost all of his fortune to his favored causes, like animal welfare and the fight against global warming.

The son of Stanford Law School professors and a graduate of the elite Massachusetts Institute of Technology (MIT), he worked as a broker on Wall Street before turning to cryptocurrencies in 2017.

Bankman-Fried moved the company to the Bahamas, where taxes are almost nonexistent, saying the Caribbean nation is “one of the few countries that has a comprehensive licensing regime for cryptocurrencies and cryptocurrency exchanges.”

He has been a vocal advocate for smoother access to the crypto market for the general public, particularly in the United States.

“It would be healthy for everyone involved if there was a regulatory pathway to getting licensed and bringing federal oversight,” he told AFP during a February interview.

In early July, as the virtual currency market took a nosedive, FTX came to the rescue of cryptocurrency lending company BlockFi, which was in the midst of its own liquidity crisis. FTX put up an option to buy it out for $240 million.

Described by his admirers as the white knight of a sector plunged into turmoil, SBF suddenly saw its star fade when Changpeng Zhao expressed doubts about the solvency of Bankman-Fried’s Alameda Research and decided to withdraw its capital.

Just over 24 hours after denying rumors of trouble, Bankman-Fried announced on Twitter that he had reached a “strategic transaction” with Binance.

The decision that left many of its subscribers stunned.

“Can someone explain to me what this means as if I were a 5-year-old child?” asked Sahil Bloom of the SRB investment fund.