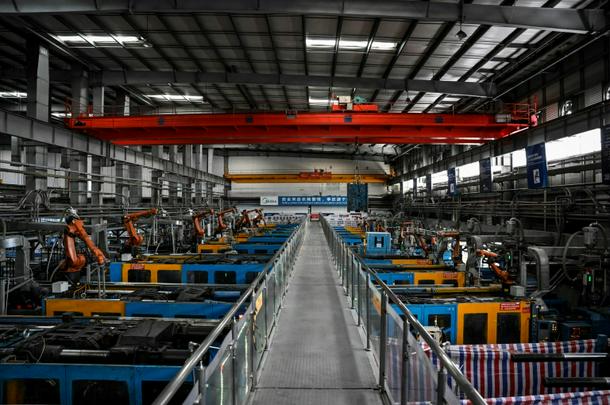 Beijing (AFP) - As China’s leaders gather for a crucial party congress, the country is expected on Tuesday to announce some of its weakest quarterly growth figures since 2020, its economy hobbled by Covid restrictions and a real estate crisis.

The figures for the third quarter, along with a salvo of other economic indicators, will be unveiled in the middle of the week-long political meeting that is expected to grant President Xi Jinping a historic third term in charge.

A group of experts interviewed by AFP said they expected an average GDP increase of 2.5 percent on last year’s July-September quarter.

In the previous quarter, growth in the world’s second largest economy collapsed to only 0.4 percent compared to the previous year, the worst performance since 2020. The country posted 4.8 percent growth in the first quarter of 2022.

Many economists think China will struggle to attain its growth target this year of around 5.5 percent, and the International Monetary Fund (IMF) has lowered its GDP growth forecast to 3.2 percent for 2022 and 4.4 percent for 2023.

AFP’s panel of experts predicted average growth of three percent in 2022, a long way off the 8.1 percent seen in 2021.

That would be China’s weakest growth rate in four decades, excluding 2020 when the global economy was hammered by the emergence of the coronavirus.

“The big policy challenge is accepting that the economy has reached a state of maturity that means growth numbers are likely permanently reset to the zero to 4.5 percent range for the coming decade,” Clifford Bennett, chief economist at ACY Securities, told AFP.

Another factor that has had an enormous impact is Beijing’s zero-Covid policy.

China is the last of the world’s major economies to continue to follow the strategy, which imposes tight travel restrictions, mass PCR testing and obligatory quarantines.

It also involves sudden and strict lockdowns – including of businesses and factories – which has disrupted production and weighed heavily on household consumption.

But despite the impact on the economy, “there is no clear sign of a significant easing of the zero-Covid strategy”, Nomura’s Ting Lu said, noting that so far the opposite had happened.

In the week leading up to the Chinese Communist Party (CCP) Congress, state media have published multiple editorials warning the policy should not be relaxed, and officials have pounced on outbreaks across the country over the last week with increased curbs.

Some lockdown restrictions have returned to major financial hub Shanghai, prompting some to fear a repeat of earlier this year when the city was shut down for two months. 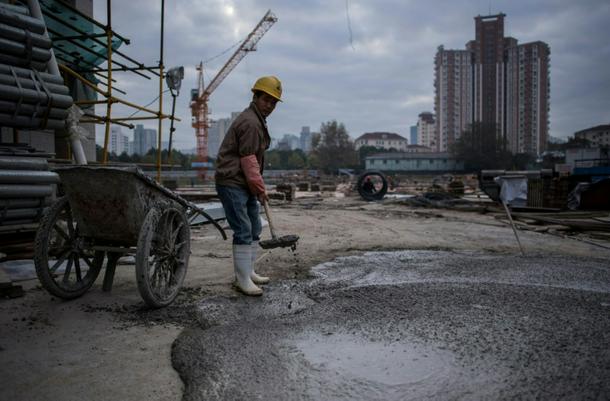 Real estate sales are falling across the country, leaving many developers struggling

Meanwhile, China is also battling an unprecedented crisis in its real estate sector – historically a driver of growth in the economy and representative of more than a quarter of the country’s GDP when combined with construction.

Following years of explosive growth fuelled by easy access to loans, Chinese authorities launched a crackdown on excessive debt in 2020.

Property sales are now falling across the country, leaving many developers struggling and some owners refusing to pay their mortgages for unfinished homes.

Despite the problems, “many economic indicators have actually recovered reasonably well from the mass lockdowns of March and April”, according to analyst Thomas Gatley from Gavekal Dragonomics.

August exports increased by 7.1 percent compared to the previous year, and Beijing has invested in infrastructure to support activity.

However, “those pillars of growth are becoming more fragile”, Gatley said.

After decades of growth fueled by investment and exports, he said China “no longer wants to be ‘the world’s factory’” – instead it aspires to be a “modern economy”, geared towards new technology and consumption – and the transition is still ongoing.

Another worry for the CCP, which draws a large part of its political legitimacy from its economic success, is that this type of modern economy does not create very many jobs, Rocca said – which has serious implications for China’s growing middle class.