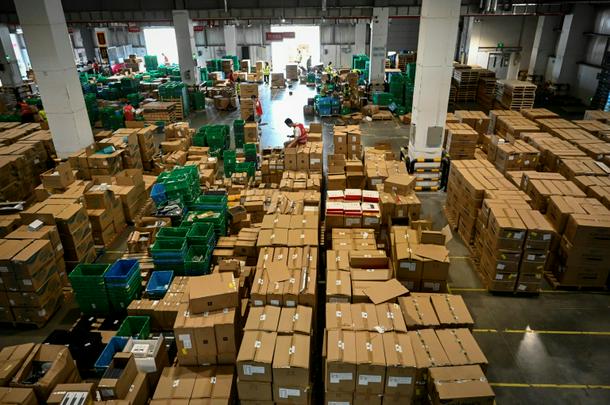 China's economic slowdown is expected to have 'important spillovers to the rest of Asia', the IMF said

Beijing (AFP) - China’s “sharp and uncharacteristic” economic slowdown is expected to drag on growth across Asia through the end of next year, the International Monetary Fund (IMF) warned Friday, darkening an already gloomy global outlook.

The crises have dulled the rebound from the Covid-19 pandemic, even as Asia has remained a “relative bright spot” compared with other parts of the globe, the IMF said in its Regional Economic Outlook.

But growth in the region faces headwinds from a Chinese economy weighed down by a hardline zero-Covid policy and a crisis in the property sector, the organisation said.

Earlier this month, the IMF announced it had cut its growth forecast for China to 3.2 percent in 2022, which would be the smallest expansion of the world’s second-largest economy in around four decades, excluding the first year of the pandemic.

The new report downgrades the growth forecast for Asia to four percent this year, down 0.9 percentage points from a previous outlook in April.

The organisation said it expects China’s growth to rise to 4.4 percent and Asia’s to increase to 4.3 percent next year, still “well below” the average of about 5.5 percent over the past two decades.

China’s “broad-based” slowdown “is estimated to have important spillovers to the rest of Asia through trade and financial links”, according to the IMF.

It noted that the region may also face other “persistent” headwinds in the form of tighter global monetary policy and Moscow’s invasion of Ukraine, which has caused commodities prices to spike. 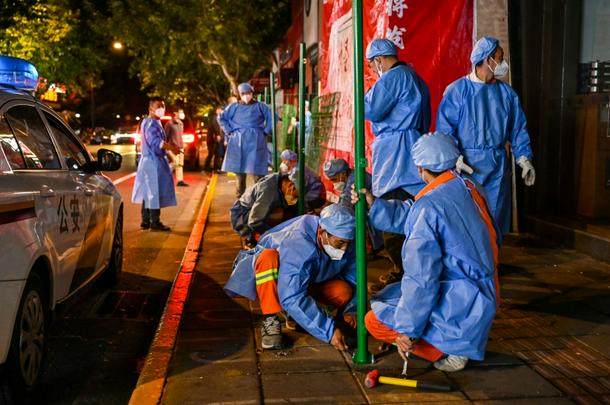 About 208 million Chinese are under some form of enhanced Covid-19 restrictions, Japanese bank Nomura has estimated

Much of the growth shortfall “can be explained by lower levels of investment following the pandemic”, he said, adding that many countries should act to ease overhanging corporate debt and human capital losses.

He warned that economic fragmentation, driven by geopolitical tensions and uncertainty in trade policy, “poses a significant risk to the region” and could “have adverse macroeconomic consequences in the short term”.

China is the last major economy wedded to a zero-Covid policy, imposing snap lockdowns, mandatory testing and lengthy quarantines in an effort to tamp down any outbreaks as they arise.

Around 208 million people in the country are under some form of enhanced virus restrictions, Japanese bank Nomura estimated in a note on Monday.

Further issues have plagued the massive property sector as a series of debt-laden developers have defaulted on loans while others have struggled to raise cash.

Official data on Monday showed China’s economy grew 3.9 percent year-on-year in the third quarter, a stronger-than-expected performance that was announced after Beijing announced a delay in releasing the figures during a Communist Party congress earlier this month.

Analysts still expect the country to fall well below its stated annual growth target of about 5.5 percent.

Investors fled Chinese stocks earlier this week after President Xi Jinping broke long-standing precedent to seal a third term in power, fuelling fears that virus lockdowns and other measures harmful to the economy would continue.