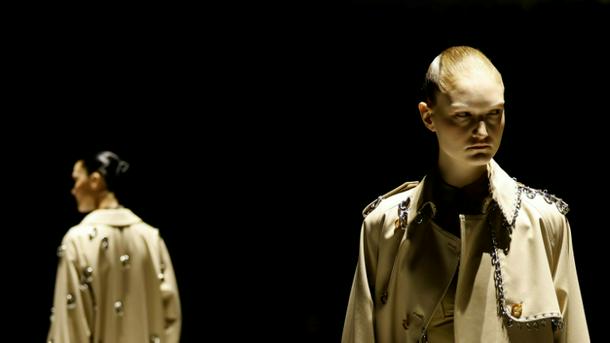 Revenue rose five percent to £756 million ($925 million) in the company’s third quarter, or three months to December 31, compared with a year earlier, Burberry said in a statement.

The news sent shares jumping 2.1 percent to £22.90 around midday on London’s top tier FTSE 100 index, which was flat overall.

Store sales in China tanked 23 percent owing to Covid restrictions that have since eased.

Stripping out the impact of China, group store sales rose 11 percent during the reporting period.

“Overall, we are pleased with our performance in the third quarter as double-digit revenue growth outside of mainland China offset the impact of Covid-19 related disruption there,” chief executive Jonathan Akeroyd said in the trading update.

“Europe in particular continued to perform well, driven by strong trading over the festive period, and leather goods delivered another quarter of double-digit growth globally.”

And he expressed confidence over the outlook “despite the current macro-economic environment”, as wealthy consumers shrug off sky-high inflation.

“The higher end nature of the group’s products are aimed at customers who to a large extent are largely shielded from inflationary or even recessionary concerns,” Hunter noted.

“In addition, the strength of the US dollar has not only attracted more tourist spending in Europe from Americans, but has the added advantage of boosting earnings which become more valuable when repatriated.”