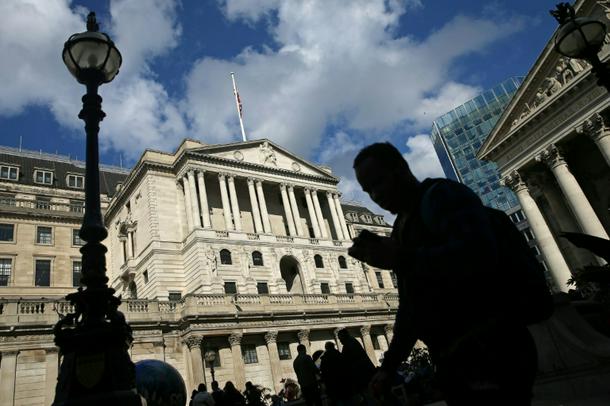 London (AFP) - The Bank of England on Tuesday unveiled yet more measures aimed at calming markets rocked by a UK budget as it warned over risks to the nation’s financial stability.

The week had already seen action taken by the BoE and UK government aimed at bringing calm to bond markets in particular as state borrowing soars.

The moves are a response to soaring UK bond yields and after the pound tumbled to a record low against the dollar since the government of new Prime Minister Liz Truss unveiled debt-fuelled tax cuts in a budget last month.

A day after it launched a temporary facility aimed at easing liquidity pressures, the central bank Tuesday said it was widening the scope of daily purchases of UK government bonds, or gilts, until Friday.

In a statement, the BoE said the latest action would “act as a further backstop to restore orderly market conditions”.

It noted that “the beginning of this week has seen a further significant repricing of UK government debt, particularly index-linked gilts”, which the central bank will now purchase under its wider operation of bond purchases.

“Dysfunction in this market, and the prospect of self-reinforcing ‘fire sale’ dynamics pose a material risk to UK financial stability,” it added.

Tuesday’s intervention by the BoE resulted in a small drop in yields but they edged back into positive territory in the afternoon, while the pound rose versus the dollar.

“The key sticking point is that the support measures are only scheduled to last until Friday,” noted AJ Bell investment director Russ Mould.

“Extending it could go one of two ways – the market either applauds the move and breathes a sigh of relief or it gets even more worried, thinking that the extra time suggests the crisis is more severe than originally thought.”

In some positive news, official data Tuesday revealed British unemployment fell to a near 50-year low at 3.5 percent.

Wages, however, continue to be eroded by decades-high inflation that threatens to send Britain into recession.

The British government on Monday brought forward key growth and inflation forecasts to Halloween, hoping not to spook markets further.

Finance minister Kwasi Kwarteng will unveil debt-reduction plans and UK economic predictions on October 31 rather than in late November.

It comes after Kwarteng was already forced to axe a tax cut for the richest earners, in the face of outrage as millions of Britons face a cost-of-living crisis with UK inflation around 10 percent.

“With a weaker economy, getting government finances on a sustainable path without cancelling tax cuts could force… big and painful spending cuts,” the Institute for Fiscal Studies said in a study.

The budget was widely criticised, including by the International Monetary Fund, over fears that government debt would balloon to pay for the tax cuts, including on salaries of all UK workers.

Added to the gloom on Tuesday, the IMF forecast that UK economic growth would slow sharply from 3.6 percent this year to just 0.3 percent in 2023 – and warned the budget would “complicate” efforts to fight inflation.

Fitch last week lowered the outlook on its credit rating for British government debt to negative from stable.

The BoE has piled on further pressure by ramping up its main interest rate to a 14-year high of 2.25 percent in a bid to cool inflation – and is expected to hike even further next month.

This in turn has seen retail banks ramp up interest rates on mortgages, with analysts predicting heavy price falls for property.