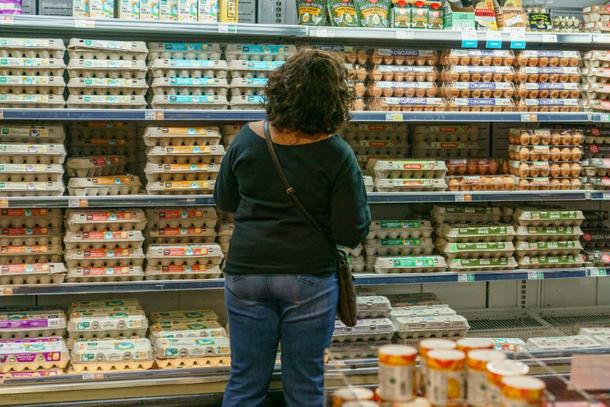 The mood across trading floors has been generally positive this week after a report Friday suggested the Fed could begin discussing applying the brakes on its monetary tightening campaign aimed at fighting decades-high inflation.

That came as some bank officials hinted they could be open to the prospect of hiking by less than the 75 basis points seen after the past three meetings.

And while a similar move is expected next month, there are flickers of hope that the pace could slow in December or next year.

Adding to that optimism was data indicating the higher borrowing costs were having an impact on the world’s biggest economy, with house prices falling, consumer confidence at a three-month low and weakness in the factory sector.

“A few economic reports all told a similar story… that the economy is weakening,” said OANDA’s Edward Moya. “A weakening economy will bring down inflation and that is good news for long-term investors looking to get back into equities.”

CMC Markets analyst Michael Hewson added: “There appears to be an increasing belief that a Fed pause is close.”

He pointed to comments from San Francisco Fed boss Mary Daley that it could be time to talk about stepping back after November’s hike.

All three main indexes on Wall Street rallied, with the Nasdaq up more than two percent, helped by a drop in Treasury yields.

Investors also welcomed another round of better-than-expected profits, this time from Coca-Cola and General Motors. However, after-hours big misses from Microsoft, Texas Instruments and Google parent Alphabet soured the mood a little among tech investors and tempered early gains in Asia.

The gains in Hong Kong came after it collapsed more than six percent Monday on concerns over Chinese President Xi Jinping’s plans after he strengthened his grip on power and put in top jobs loyalists who backed his economically painful zero-Covid strategy.

News that part of the Chinese city of Wuhan had been put into lockdown reinforced market worries and helped pare the morning’s rally in Hong Kong and Shanghai.

Still, helping the mood was China’s central bank and forex regulator saying they would maintain the development of stock and bond markets, and that the yuan would be “basically stable”.

The currency sank against the dollar Tuesday, with the onshore yuan hitting a 15-year low and the offshore unit at its lowest level since being allowed to trade overseas in 2010. Both clawed back some of their losses on Wednesday.

The remarks, however, were in response to the end of the Communist Party’s twice-a-decade gathering in Beijing rather than in reaction to the markets selloff, Bloomberg News reported.

London, Paris and Frankfurt all fell at the open.

The prospect of a slowdown in US rate hikes helped weaken the dollar, which has surged against most currencies this year.

The yen, which touched a fresh 32-year low of 151.95 per dollar Friday, was back just below 148, while the euro is hovering just below $1.0 ahead of the European Central Bank’s policy meeting this week that is expected to end with another big rate hike.

And the pound was also holding just short of $1.15 after former finance minister Rishi Sunak took over as UK prime minister, giving a much-needed sense of stability to markets after weeks of upheaval fuelled by predecessor Liz Truss’s debt-fuelled tax-cutting budget last month.