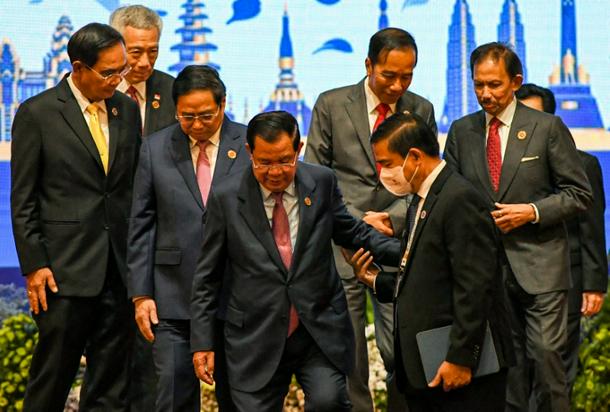 Phnom Penh (AFP) - The escalating crisis in Myanmar was set to dominate summit talks Friday between Southeast Asian leaders struggling to find a way to calm the bloodshed in the junta-ruled country.

Leaders from the Association of Southeast Asian Nations (ASEAN) regional bloc will discuss ways to implement a peace plan agreed with Myanmar last year which the junta has so far ignored.

Myanmar has spiralled into bloody conflict since the military ousted Aung San Suu Kyi’s civilian government in February last year, with thousands killed in clashes since.

There is growing frustration among the other nine ASEAN countries at the generals’ foot-dragging on the so-called “five-point consensus” but so far no concrete plan to enforce it.

President Ferdinand Marcos Jr of the Philippines called for “patience” in resolving the crisis at talks with Cambodian premier Hun Sen, the summit host.

ASEAN has blocked junta chief Min Aung Hlaing from attending the gathering in Phnom Penh, which US President Joe Biden will join on Saturday.

Biden will then go on to hold a high-stakes meeting with his Chinese counterpart Xi Jinping on the sidelines of the G20 summit in Indonesia on Monday. 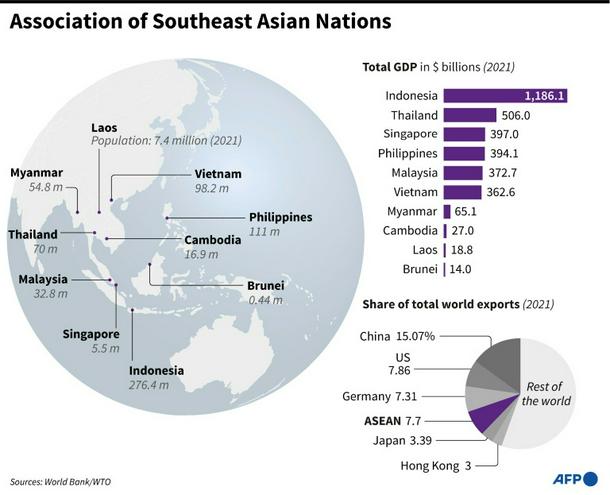 Map with social and economic data on the members of the Association of Southeast Asian Nations (ASEAN).

China, ASEAN’s biggest trading partner, has historically had good ties with the Myanmar junta, though it has voiced some unease at the ongoing chaos in the country.

Chinese Premier Li Keqiang will hold talks with ASEAN leaders on Friday afternoon, before joining Biden and other regional leaders for an East Asia Summit in Phnom Penh on Sunday.

Western powers have heaped sanctions on the junta and the United States has urged ASEAN to take a “forceful” stance to squeeze the junta to reduce the violence, which escalated in recent weeks with deadly military air strikes on civilian targets including a school and concert. 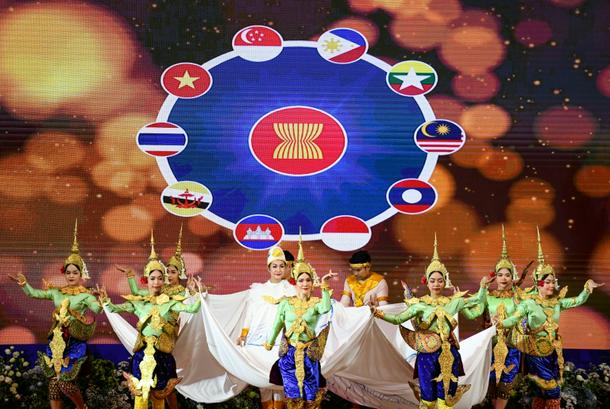 Daniel Kritenbrink, the top US diplomat for East Asia, said Myanmar would be a top subject when Biden meets ASEAN leaders on Saturday.

Within the bloc, Indonesia, Malaysia and Singapore have led a push for tougher action.

“Both leaders expressed disappointment with the absence of commitment of the Myanmar military junta in implementing the five-point consensus,” Indonesian Foreign Minister Retno Marsudi said in a statement. 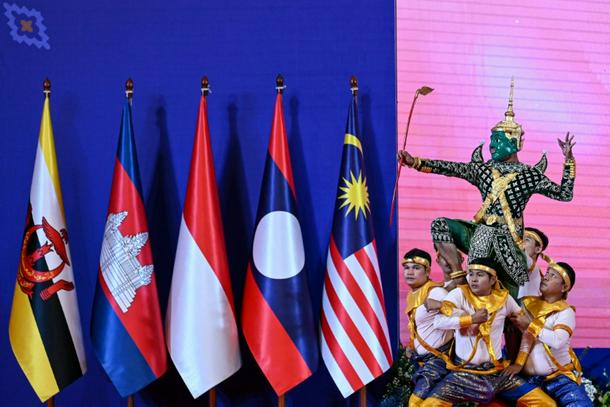 ASEAN foreign ministers held emergency talks on Myanmar last week and said afterwards they were “even more determined” to find a solution.

Myanmar state media have slammed ASEAN’s involvement, accusing the bloc of being a “lapdog for the US” while the junta warned against imposing a timeline on the peace process, saying it could lead to “negative implications”.

An early draft of a leaders’ statement seen by AFP tasks ASEAN officials with drawing up an “implementation plan”, but gives no details of what this would involve.

Ahead of the meeting, a senior ASEAN diplomat told AFP that expelling Myanmar from the bloc was not under consideration.

But the diplomat and the draft statement both suggest ASEAN could take up official contact with Myanmar’s National Unity Government (NUG).

The NUG is a self-declared parallel body dominated by former lawmakers from Suu Kyi’s party which considers itself to be Myanmar’s legitimate government.

The Myanmar junta regards the NUG as “terrorists”, and engaging with the group would be a significant step for ASEAN.

On the eve of the summit, rights campaign group Amnesty International called on the leaders to agree a complete embargo on the transfer of arms and aviation fuel to Myanmar.