San Gabriel, CA—Sheriff Alex Villanueva, who is running for re-election, met today with a group of Chinese American business leaders from San Gabriel Valley in a fundraiser in his honor, addressing the homeless issue in Los Angeles County and rising crimes and hate incidents targeting the Chinese community.

On lingering homeless issue, Villanueva noted one thing that is missing in Los Angeles is “political will”.  “We have the legal authority and ability to get people off the street and in a shelter.  But if I don’t have sufficient shelter space, I am stuck,” Villanueva said while emphasizing the need to build up capacity in the shelters for people with mental illness and substance abuse.  “Until that happens, we are kind of stuck in the status quo, which is not working for anybody.” 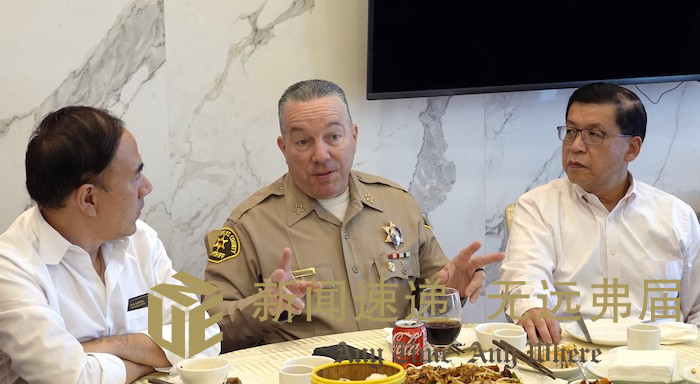 It is reported the homeless population in Los Angeles County stands at more than 66000 as of January 2020.  Though governments at federal, State and local level are trying different measures to find a solution, no tangible results have been felt by the voters. 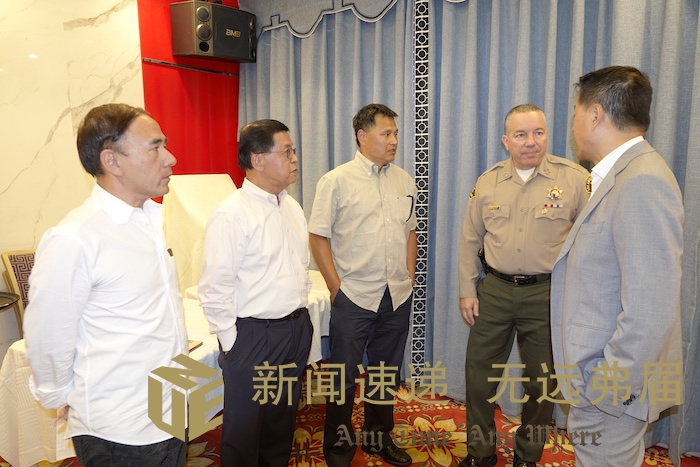 Villanueva has been committed to the diversity of the police force since he took office in 2018.  The number of police officers with Chinese, Korean and Filipino background is roughly 7 or 8%, and that number should be 15%, twice as much, according to him. 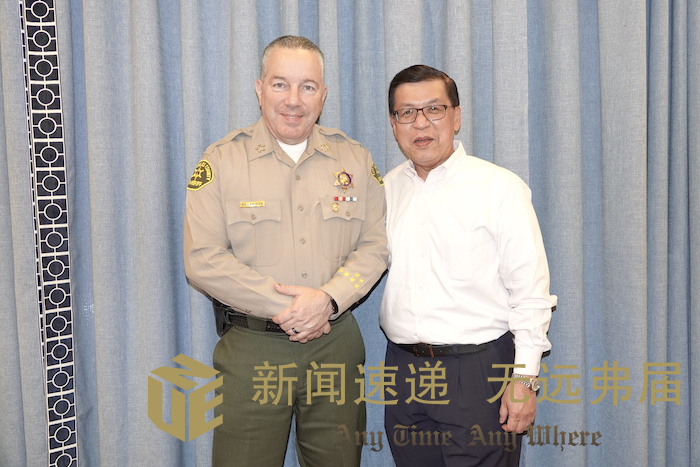 Villanueva’s zero tolerance policy towards Anti-Asian hate crimes resonates well with the local Chinese community.  His department’s efficient tracking down of the suspect in the brazen robbery in a Rowland Heights supermarket parking lot is commended as an example.

“Sheriff Villanueva cares about the safety concerns of the Chinese community.  We will continue to support him,” said Simon Pang, Executive Vice President of Royal Business Bank, who co-hosts today’s fundraiser. 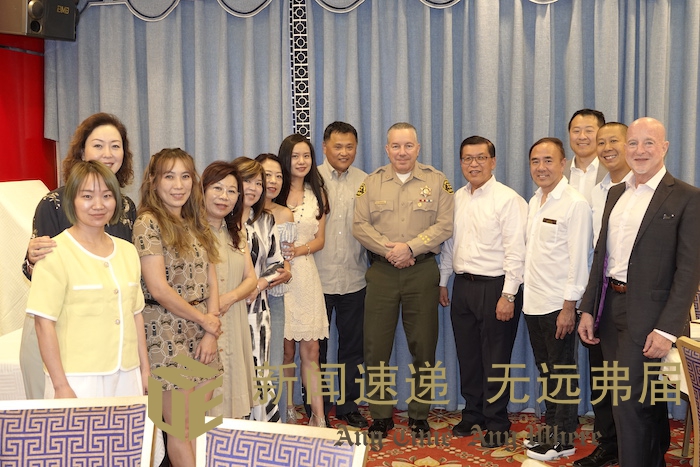 Villanueva won the primary in June with more than 30% of the total votes, and will have a run-off with Robert Luna, the former Long Beach Chief of Police, in November.